HDR: The Next Big Thing in Projectors, and Display Technology

You might be familiar with the concept of HDR (High-dynamic-range imaging) as it relates to photography or audio. But what exactly is HDR in display technology like video projectors and HDTVs? Let’s start with an overview.

What is HDR? The Next Big Thing. 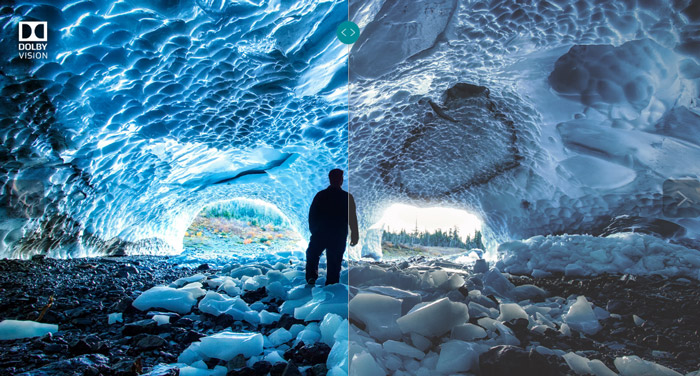 HDR appears to be the ‘next big thing’ in display technology. Why you might ask? The quick answer is that HDR improves contrast ratio, brightness, and color depth on your display. (see image example above) These, by the way, just so happen to be the trifecta of key specs to watch for when you want a great image. HDR technology has improved quality at the pixel level. Individual HDR pixels offer a wider color space, are brighter when on, and darker when off. The effect is greater detail in the shadows (a.k.a. a higher contrast ratio) and rich life-like colors, and a generally agreed to be spectacular image.

You’ll most often see HDR related to 4k displays. If you’re not familiar with it (because you haven’t been to an electronics store in 2 years) 4K is the most pixel dense display technology sold in the consumer sector today. It typically offers about four (4) times as many pixels (3840x2160) as previous HD standards (1920x1080).

We already know that adding that many more pixels alone creates better visual acuity in the image, but add the improved HDR quality pixels to that equation and you can see the recipe for this new revolution. It’s an enormous improvement for the consumer sector - like color TV in the 50’s and widescreen HD in the 2000’s. HDR and 4K is a giant step in the direction of the perfect 'holodecky' immersive experience. While viewing 4K content is certainly awesome, you'll often get more of a 'wow' factor in viewing HDR content compared to today's standard color range.

You didn’t think the industry could introduce a new video display technology without a good format war, did you? If you’ve been around since VHS, you know these are just the standard growing pains of getting better stuff. Here’s where the HDR format battle as it stands today.

To start, HDR-10 is the more common format. It has been adopted by the UHD Alliance, a group of manufacturers (Samsung, LG, Sharp, Sony), and content providers (Warner Brothers, Disney, Direct TV, Netflix) that have embraced HDR-10 as the standard for their business (see the full list here). HDR-10 offers 10 bits per color and is slightly less ‘dynamic’ than our next format. It also requires HDMI 2.0a protocol.

Dolby Vision, on the other hand, offers 12 bits of color and is more dynamic in that it adjusts your image using “metadata” from each scene, or possibly down to the individual frame. Where as HDR-10 uses a one-set-of-metadata-fits the whole movie/show approach, sometimes called ‘static’ or “open.” So, the picture advantage goes to Dolby Vision, but cost for implementing this protocol on both the content and manufacturing side will be more expensive.

So which technology is best? Theoretically, Dolby Vision is better quality. It’s got more bits of color and it’s more dynamic, which means you’ll get a more accurate representation of the intended image throughout your viewing experience. BUT, and there typically is a ‘but’ in format wars, content providers and manufacturers would all have to agree that the cost of the higher standard is worth this step of improvement. With the large number of both who have joined the UHD Alliance, it seems like a standardization on HDR-10 may be beginning to take shape, but nobody is ready to make that claim with certainty just yet. (read more on the format wars here).

For the eager consumer, there are plenty of great display options available today that take advantage of HDR as it stands today. And one bright spot is that Dolby Vision and HDR-10 are not necessarily mutually exclusive. A Dolby Vision display should still be able to render HDR-10 format without issue. And realistically, the improvement of either standard should be enough to make most folks very happy with their new picture. 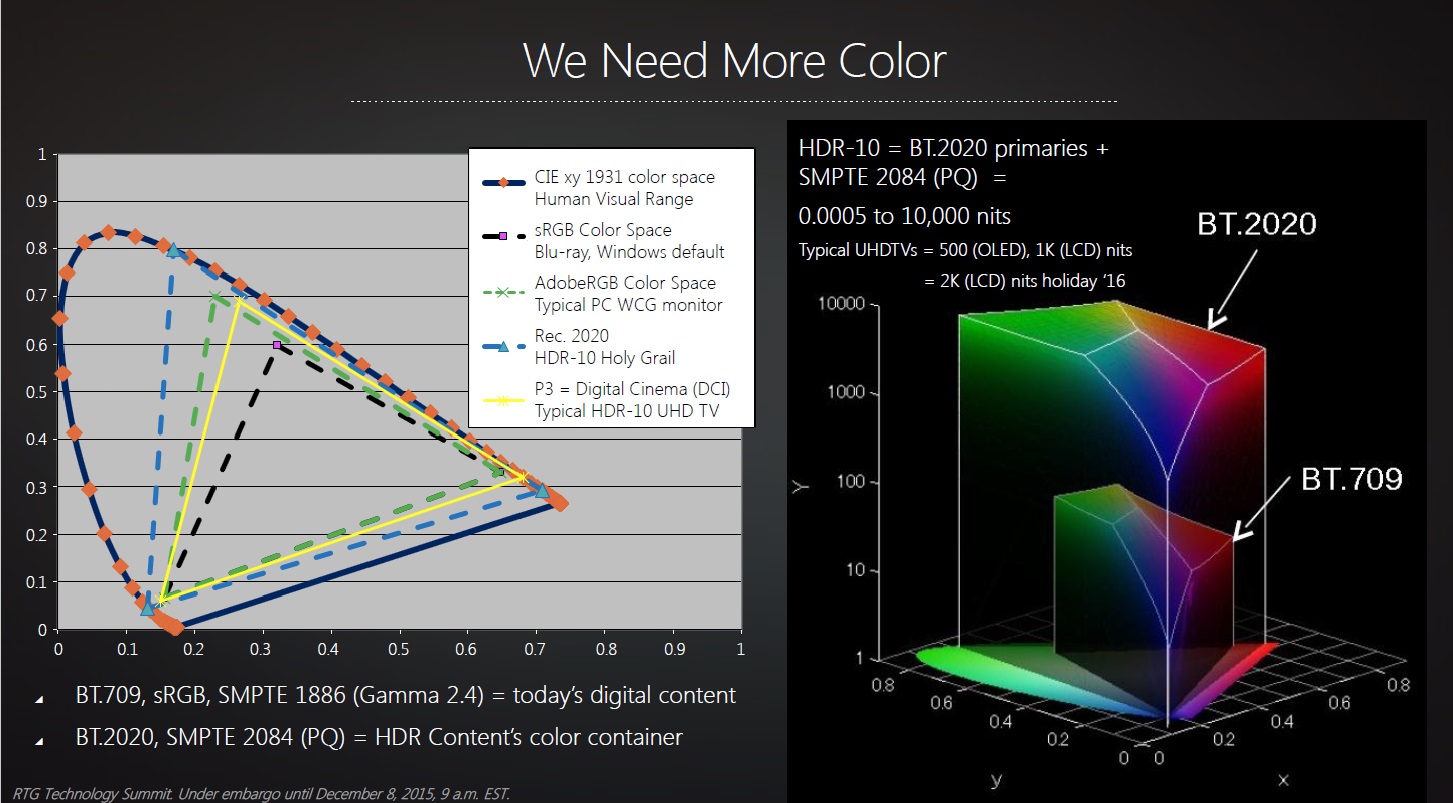 HDR as a term is a general reference to the technology that provides that improved color space, but manufacturers of displays were slightly behind the release of HDR in terms of setting specific standards for what the term means. This has since been determined by the UHD Alliance for those branded products, but you might see some displays that came out with HDR before the standard was agreed to. Watch for “HDR-capable” or “HDR-compatible” in the specifications and be wary that they may not perform to the level of a Dolby Vision or Ultra HD Premium display.

Even with the best technology, you’re still dependent upon the signal going in (garbage in, garbage out) to take advantage of it. This is an old refrain, but one that keeps repeating itself as new technology is introduced.

What’s a little better now is that streaming services like Amazon and Netflix offer new HDR (in both HDR-10 and Dolby Vision) quality content through their services. That means unlike previous advancements in display technology, you won’t be required to replace your media library again. Does anyone else have their favorite movie on VHS, DVD, and Blu-ray? But, you may need to update your streaming appliance if you’re not using a ‘smart’ display. Oh yeah, you’re gonna need a lot of internets too.

If you’re not a streamer, there are Ultra HD Blu-ray players on the market or coming soon that will support the standard. Content will be trickling in over time until standards are solidified in the industry.

So, can you get HDR and 4K in a video projector? Yes you can! Projector People has several models with 4k and HDR available today: View 4K / HDR capable models here.

And there will surely be more coming soon. As always, we will keep you posted on what’s hot and happening in the world of projectors!